Hello. I am sorry I did not write yesterday. I've had infections, and they hurt! I do not know if it was intentionally given to me, but it did hurt. But I am feeling better today, and today, I will write about smartphones. 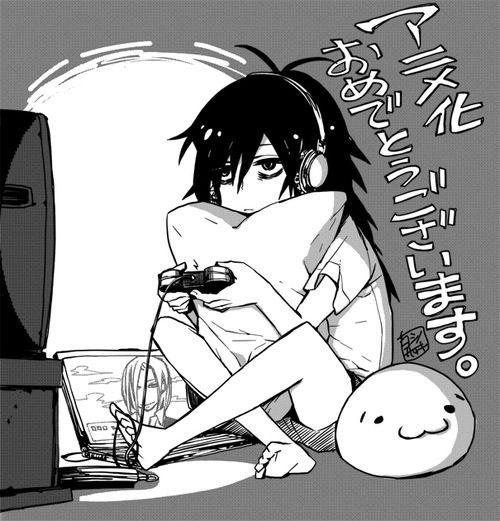 Smartphones were created intentionally to spy on and manipulate their users, and intentionally made to show its users commercials while doing so. There is a cycle that smartphone users will go through. What they will do is that they will buy a smartphone because all of their friends have a smartphone. So they will buy it for 580 pounds and they will drain their money doing that, if their parents do not buy it for them. So they will get this smartphone and it will collect their data and record them with out their permission. But it will do things like get on the Internet, so it is useful to these people, even though you may use a computer to get on the Internet, and all of the things on them you may do on a computer, yet these people find it is good to use technology while they are away because they are blobs! So it will collect their data and record them, and it will use this to show them ads and manipulate what news they see, so they will think a certain way, and it brainwashes them. So then if you own a smartphone, all of your information is locked in to the New World Order's database automatically. The users of these smartphones are very stupid, and do not realize this. So once their information is drained, their phones will break or they will buy a new one. They make them break easily on purpose, so they will buy a new one, so they may show them more advertisements... Now I will show you some dangerous things!

TRACKING THE USERS OF THE SMARTPHONES

Now, a smartphone may track you in many different ways, even when there is no battery inside of it. It will signal our location at all times so they will know where you are, so you are always enslaved.

Entrepeneur dot com says that: "In fact, our phones collect a lot of data in the name of providing a better user experience. A plethora of sensors are used, including:

And these are things that people know about! And not to mention the extreme amounts of RADIO signals that you will collect while holding these things and having them. I have covered the danger of radio waves in my other blogs. The magnetic field is very bad for you to and it will give you cancer. Also they are making updates for smartphones that will reveal your location to every one around you in response to the fake coronavirus pandemic. It is an excuse to get more information on you. I am immune to the fake virus (which is actually injected poison), I am immune to all of it, so it is fine for me, but not for you. But I will cover that later...

Here I will show you more proof of stalking:

ALSO DO NOT USE YOUTUBE UNLESS YOU HAVE 2 VPNS ON!!!

If you search on YouTube and Google (do not use these at all!! I use it with a lot of caution and protection for tests), for "iPhone New World Order," nothing will appear... It will load bullshit results... I wonder why it does that!!

Another intentional feature of smart phones is giving you cancer and radiation slowly.

Health line dot com says "They found most of the phones exceeded the legal limit set by the FCC of 1.6 watts per kilogram averaged over 1 gram of tissue. Radiofrequency radiation exposure from the iPhone 7 — one of the most popular smartphones ever sold — measured over the legal safety limit and more than double what Apple reported to federal regulators from its own testing."

A 2012 review concluded that "together, the results of these studies have shown that RF-EMR decreases sperm count and motility and increases oxidative stress".

They are trying to make us have less kids to depopulate the earth. Smartphones can also cause you to have depression, hurt your eyes, and your brain...

Smart phones are also designed to make people kill themselves and get depressed. NPR dot com says that: "Twenge's research found that teens who spend five or more hours per day on their devices are 71 percent more likely to have one risk factor for suicide. And that's regardless of the content consumed."

Guardian dot com says that: "Teen suicide attempts increased 23%. Even more troubling, the number of 13 to 18-year-olds who committed suicide jumped 31%.Not only did smartphone use and depression increase in tandem, but time spent online was linked to mental health issues across two different data sets. We found that teens who spent five or more hours a day online were 71% more likely than those who spent less than an hour a day to have at least one suicide risk factor (depression, thinking about suicide, making a suicide plan or attempting suicide). Overall, suicide risk factors rose significantly after two or more hours a day of time online."

DO NOT GIVE IN TO THE NEW WORLD ORDER AND DO NOT BE DEPRESSED AND KILL YOUR SELF BECAUSE THIS IS EXACTLY WHAT THEY WANT YOU TO DO!!! YOU MUST BE HAPPY AND POPULATE THE EARTH!!!! DO NOT USE SMARTPHONES AND IF YOU WISH TO CALL PEOPLE, YOU MUST USE A VERY OLD PHONE, AND REMOVE THE BATTERY INSTANTLY WHEN YOU ARE DONE, AND THROW IT AWAY!!! THEY ARE DESTROYING AND HIDING PHONE BOOTHS FROM US INTENTIONALLY, BECAUSE THEY WANT ALL OF US TO USE SMARTPHONES, SO WE WILL BE FULL OF CANCER, AND DEPRESSED!!!! DO NOT USE A SMARTPHONE!!!!